Client statements are the only real recovery evidence

We have, literally, thousands of testimonials so we have hand-picked a selection to use below. If you want to see more, please ask. We have limited this to social media testimonials and videos because the emails are just so long and there are far too many.

You won't find evidence of recovery like this anywhere else!

REAL evidence... the evidence YOU need, isn't in statistics dreamed up in a university or provided through peer reviews, in which psychologists endorse their friends' work in order to legitimize it... it's REAL people's smiling faces stating that they were once like you and are now recovered.

When I suffered, all I wanted was for someone to tell me that they could cure me... to show me some evidence that recovery is possible.

Some lied about their services, some were more realistic, but no one ever showed me a testimonial or review or any evidence at all that people recover.

I have asked thousands of psychologists to show me their reviews... no one has ever produced a real cured ex client. We all know why that is.

So here are a few hundred of the thousands of reviews WE can show you... from people just like you that are now anxiety free and happy.

First, a reassuring introduction to recovery by Charles

Charles records these videos to inspire, reassure and guide sufferers who may have been misled by other treatments and who want to discover the truth about their disorders and how to overcome them. These are 'off the cuff', raw and unedited so apologies for shaky camerawork or barking dogs.
This one was filmed in Pollensa Mallorca... a town that is very dear to Charles and his family.
For legal reasons, we have to state that the testimonials below were all provided independently by
the posters of the comments and that they represent the views of those people.
Join The Linden Method
Recovery Retreats Enquiry
General enquiry 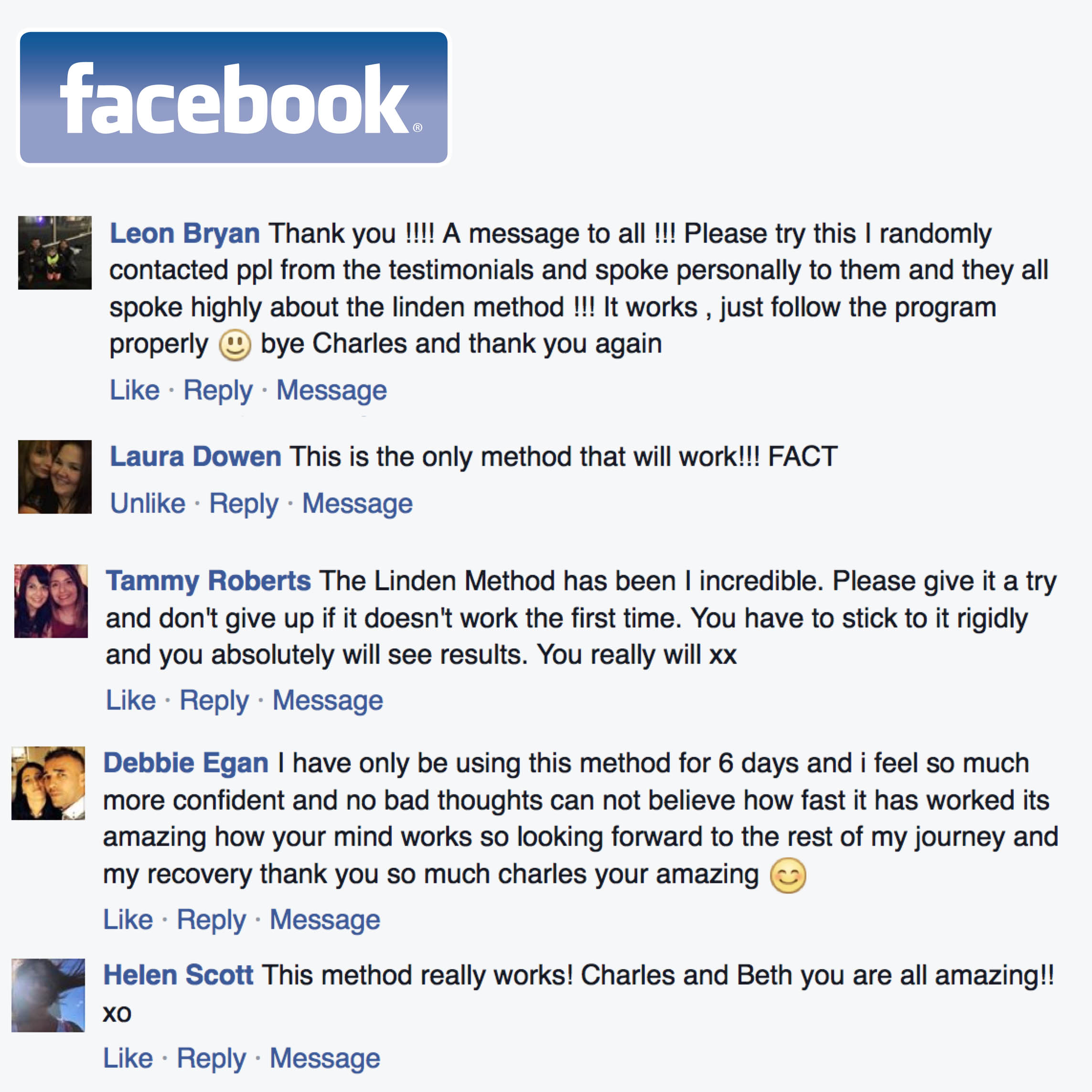 14 year old Hollie Roberts on how she recovered from chronic anxiety, panic attacks, self-harming and phobias using TLM in just a few daysl 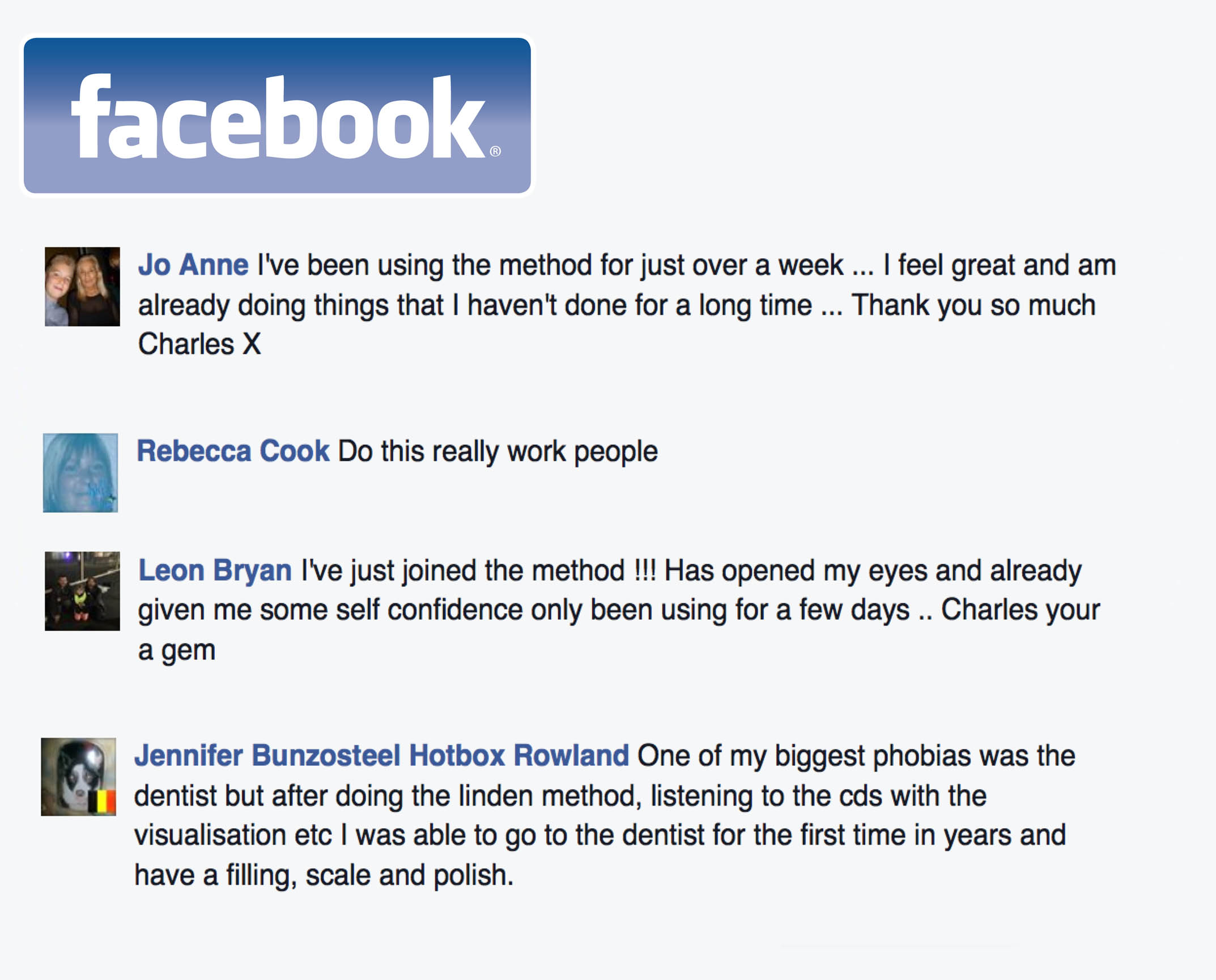 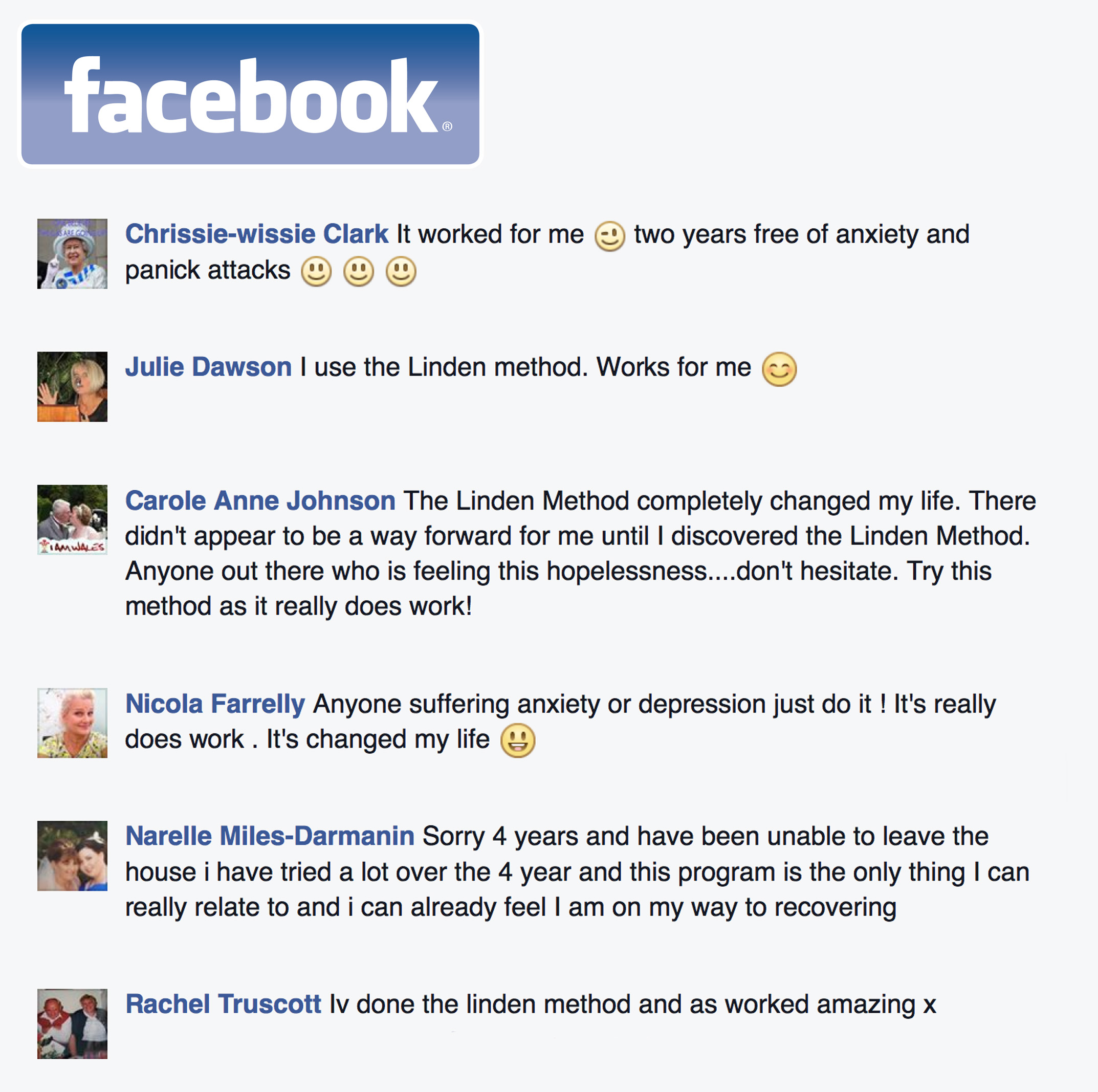 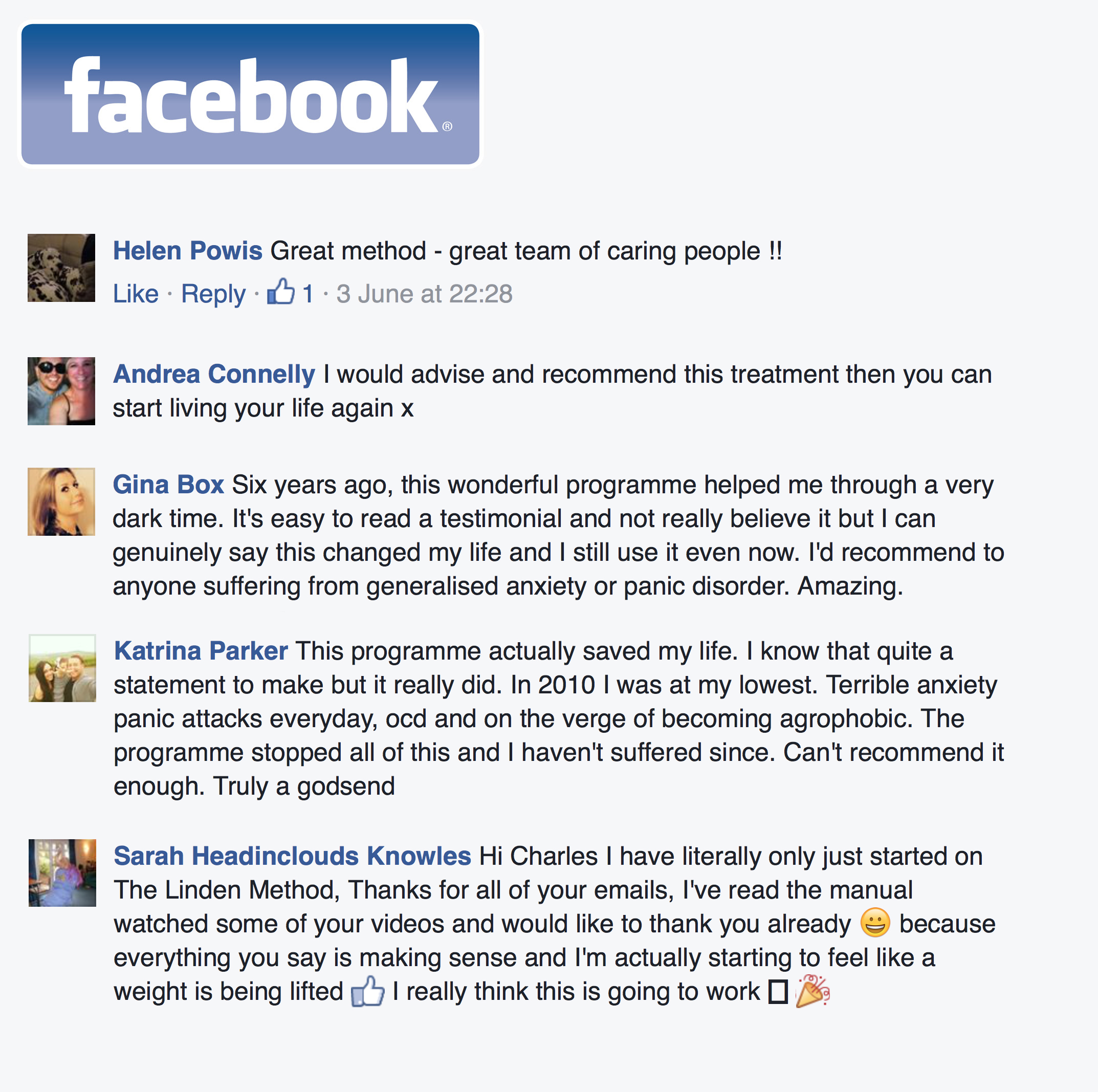 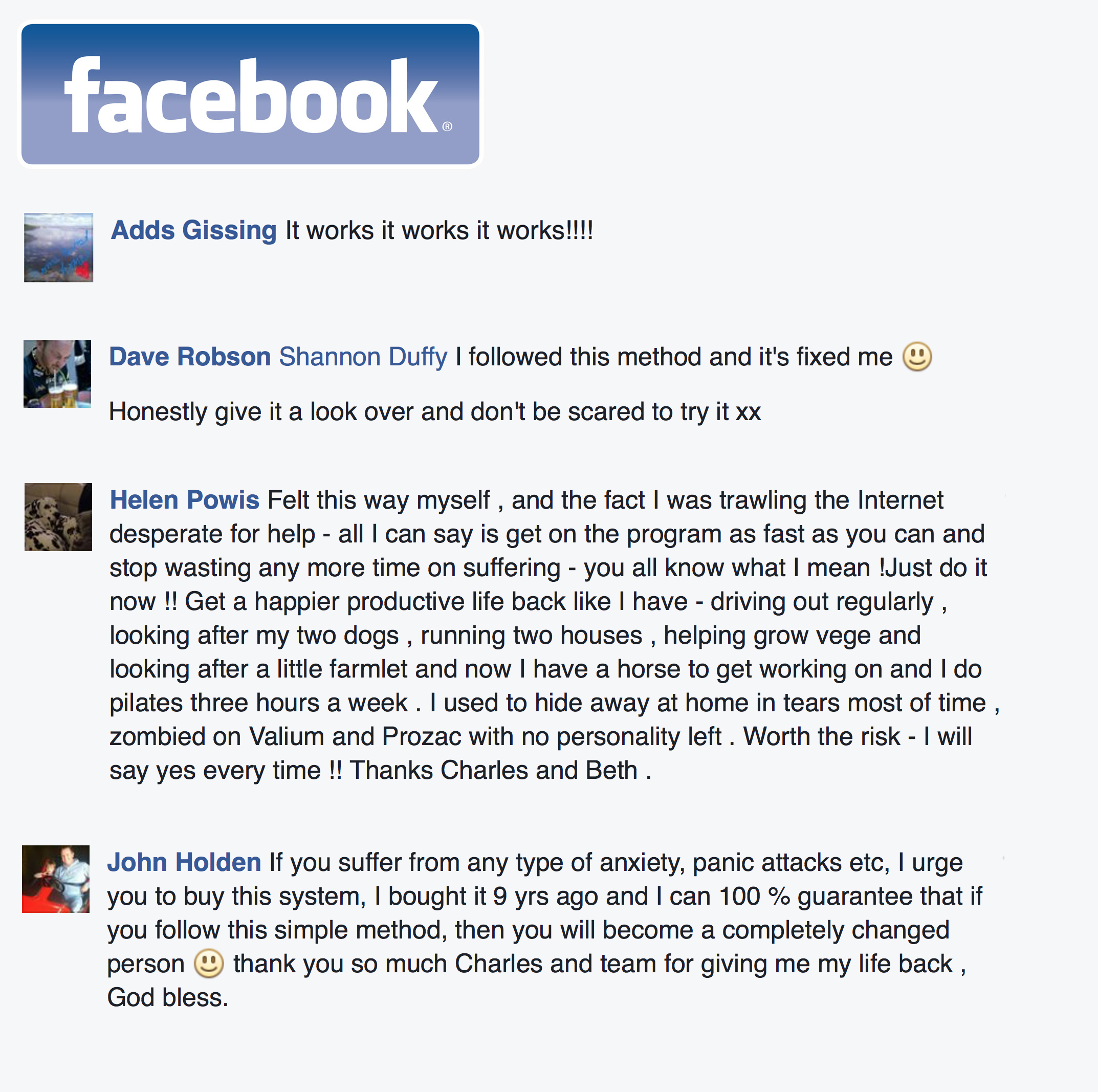 A Retreat guest talks about her recovery 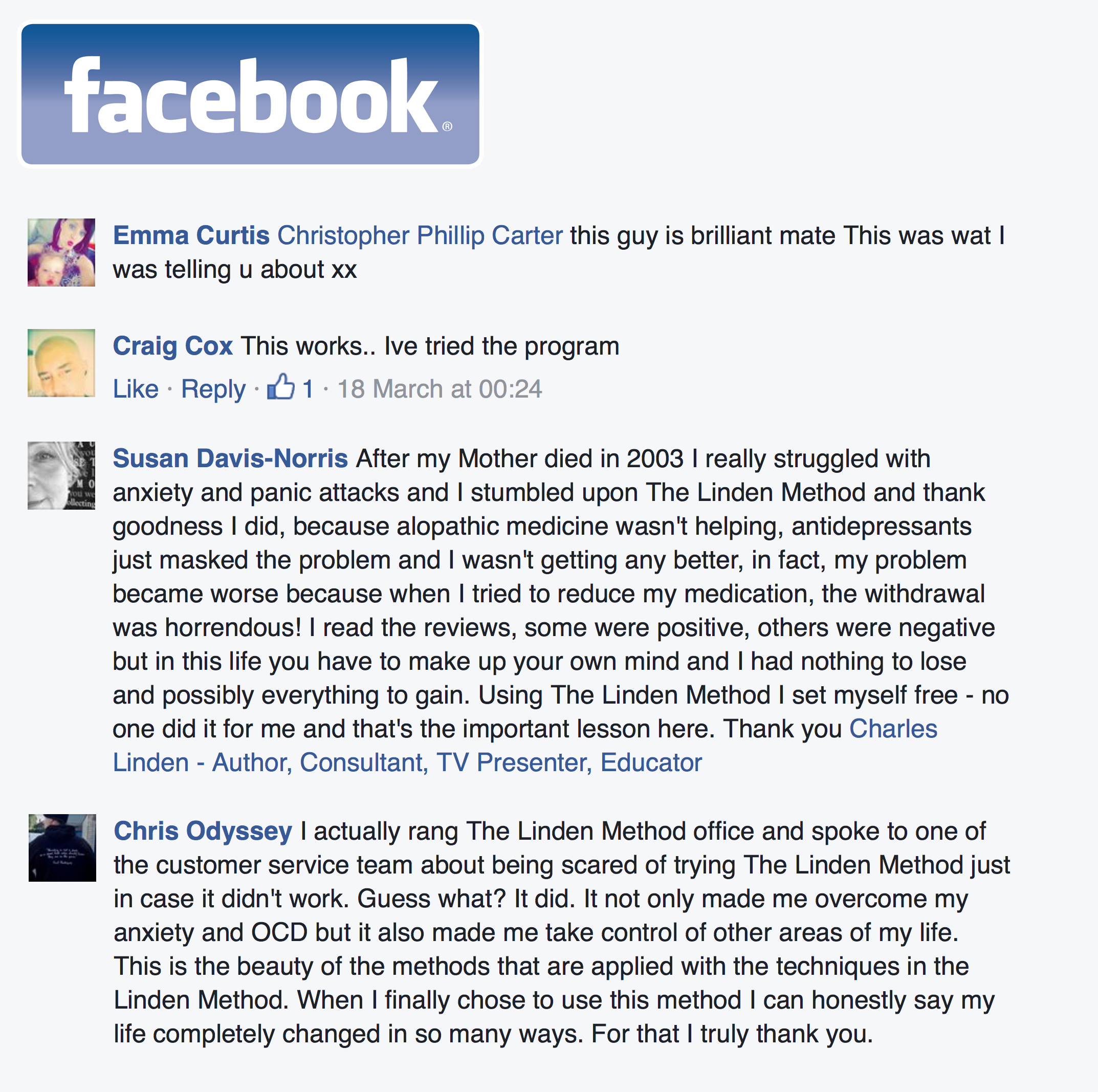 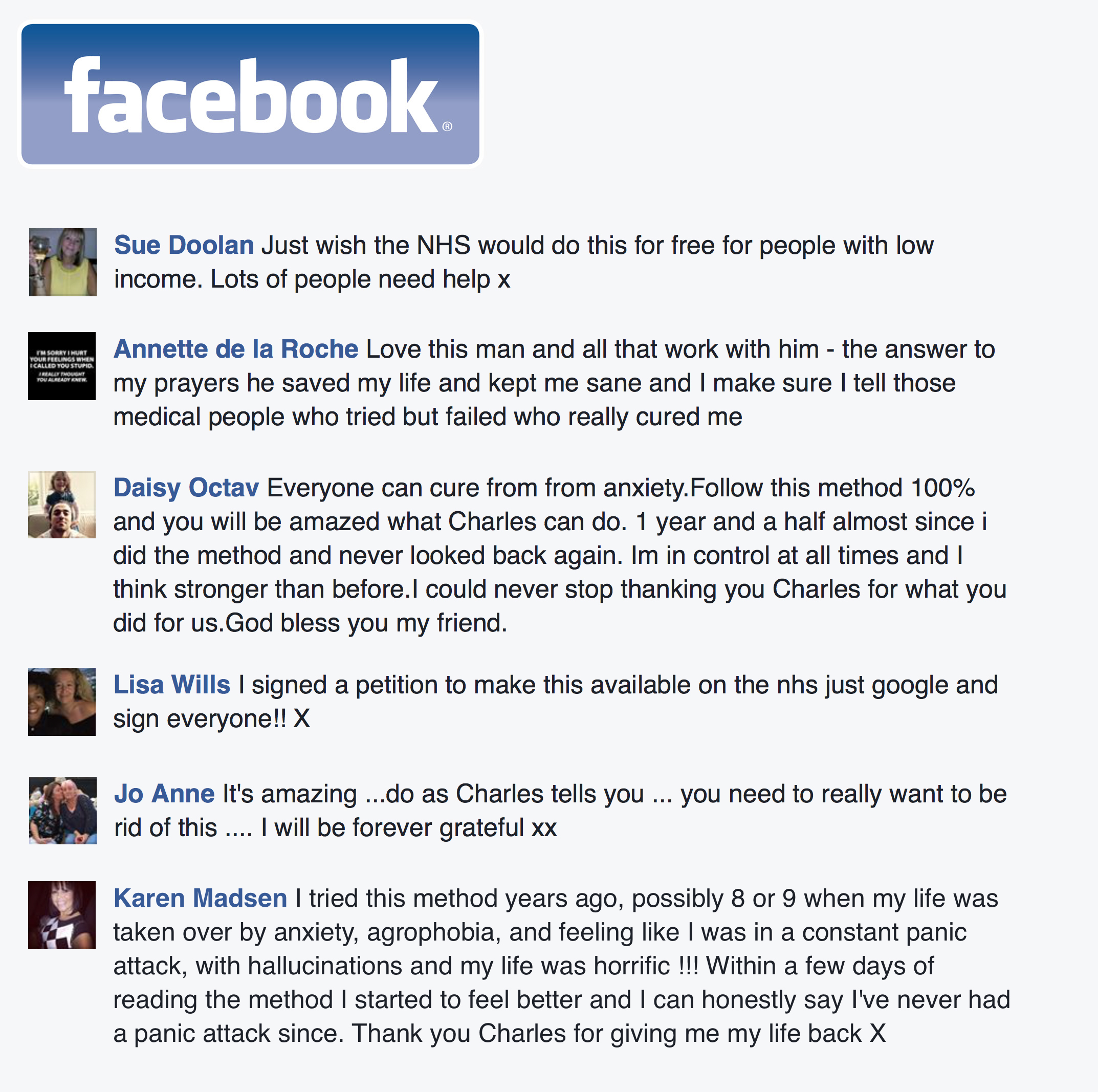 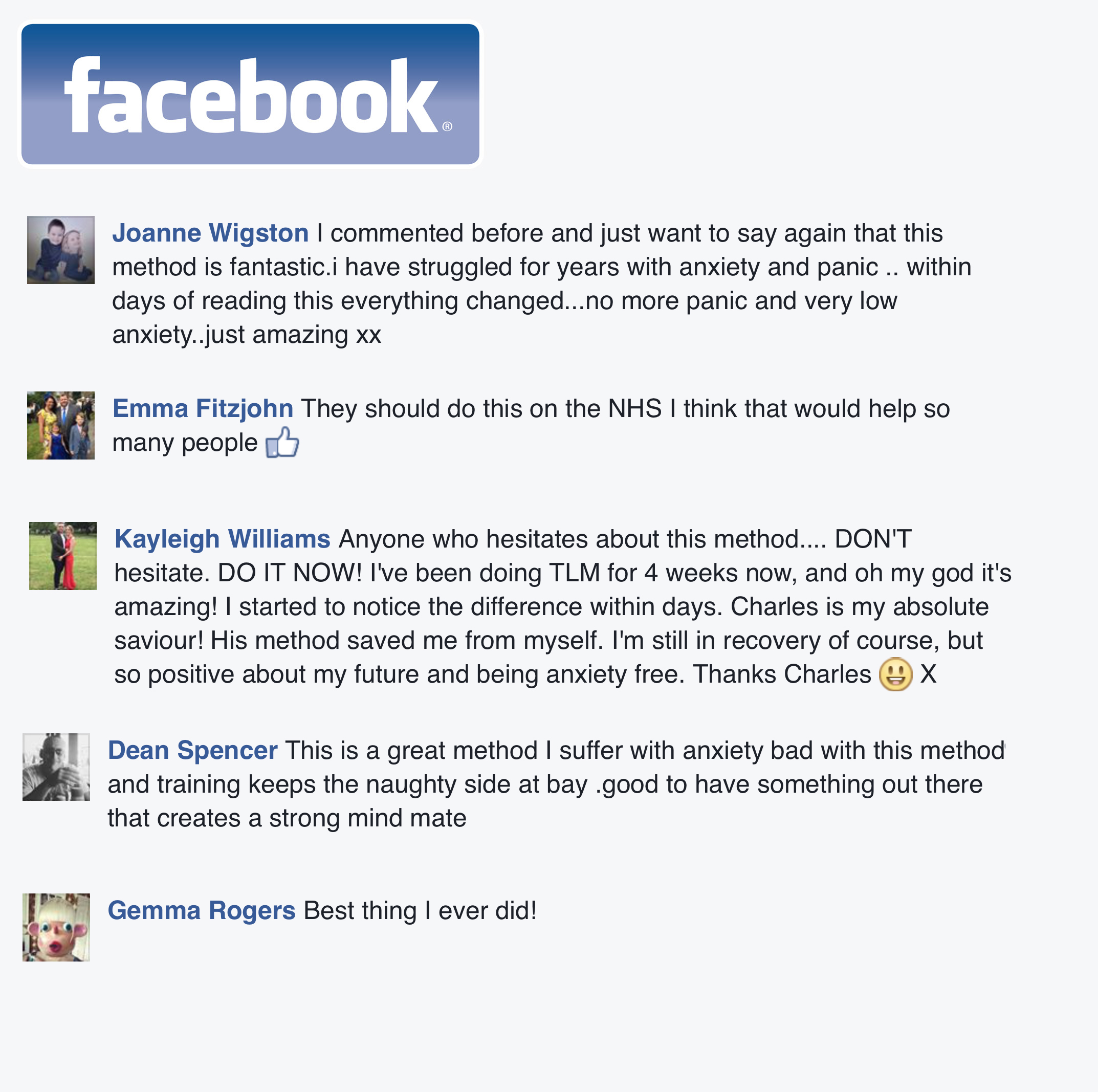 Retreat guests talk about what they experienced at the event 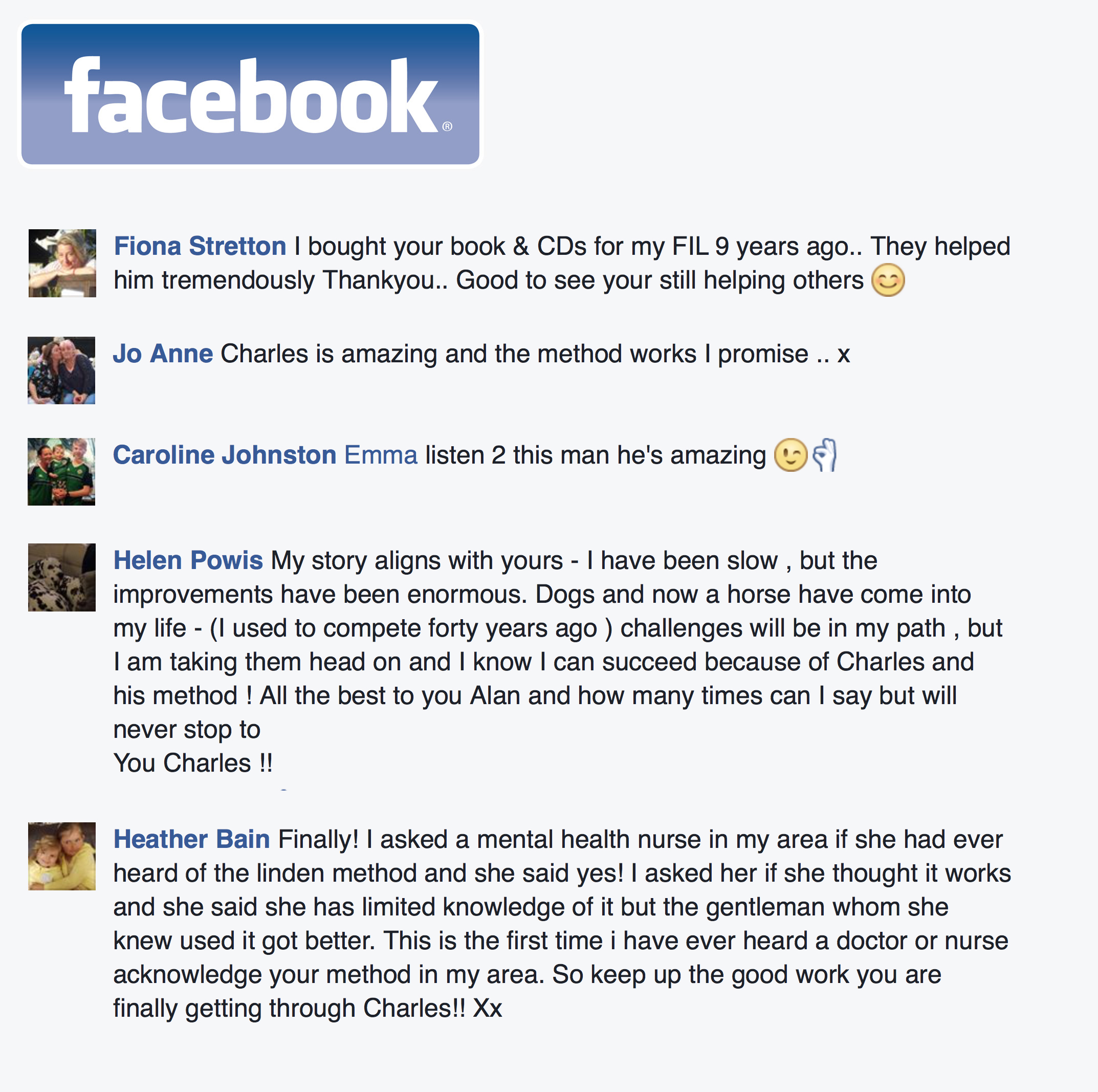 Actress, Linda Robson, on the recovery her son made using TLM after months of useless therapies 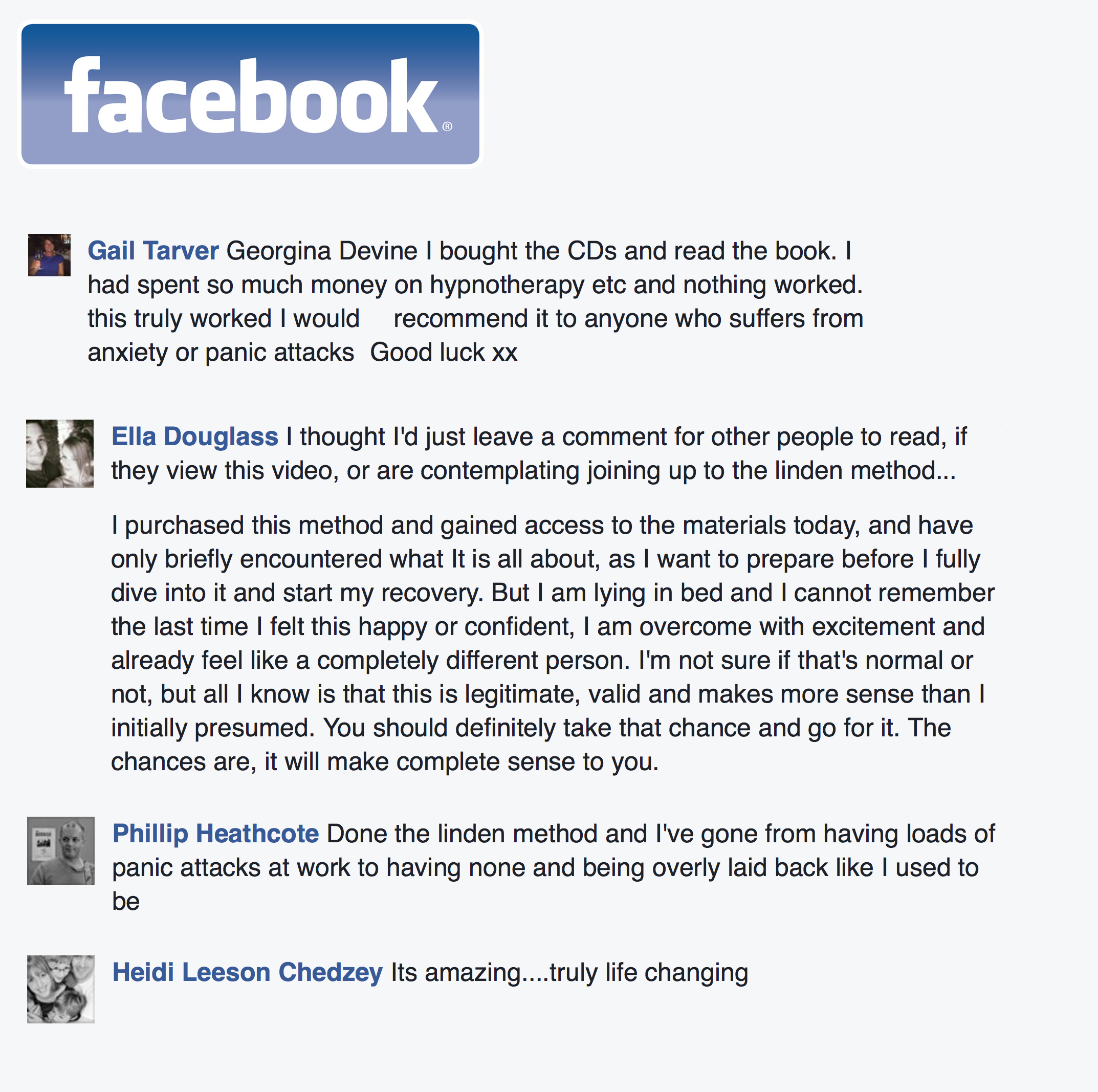 Ex agoraphobic, Ralf, on his recovery using TLM and his subsequent trip across America on his bicycle.
Join The Linden Method
Recovery Retreats Enquiry
General enquiry 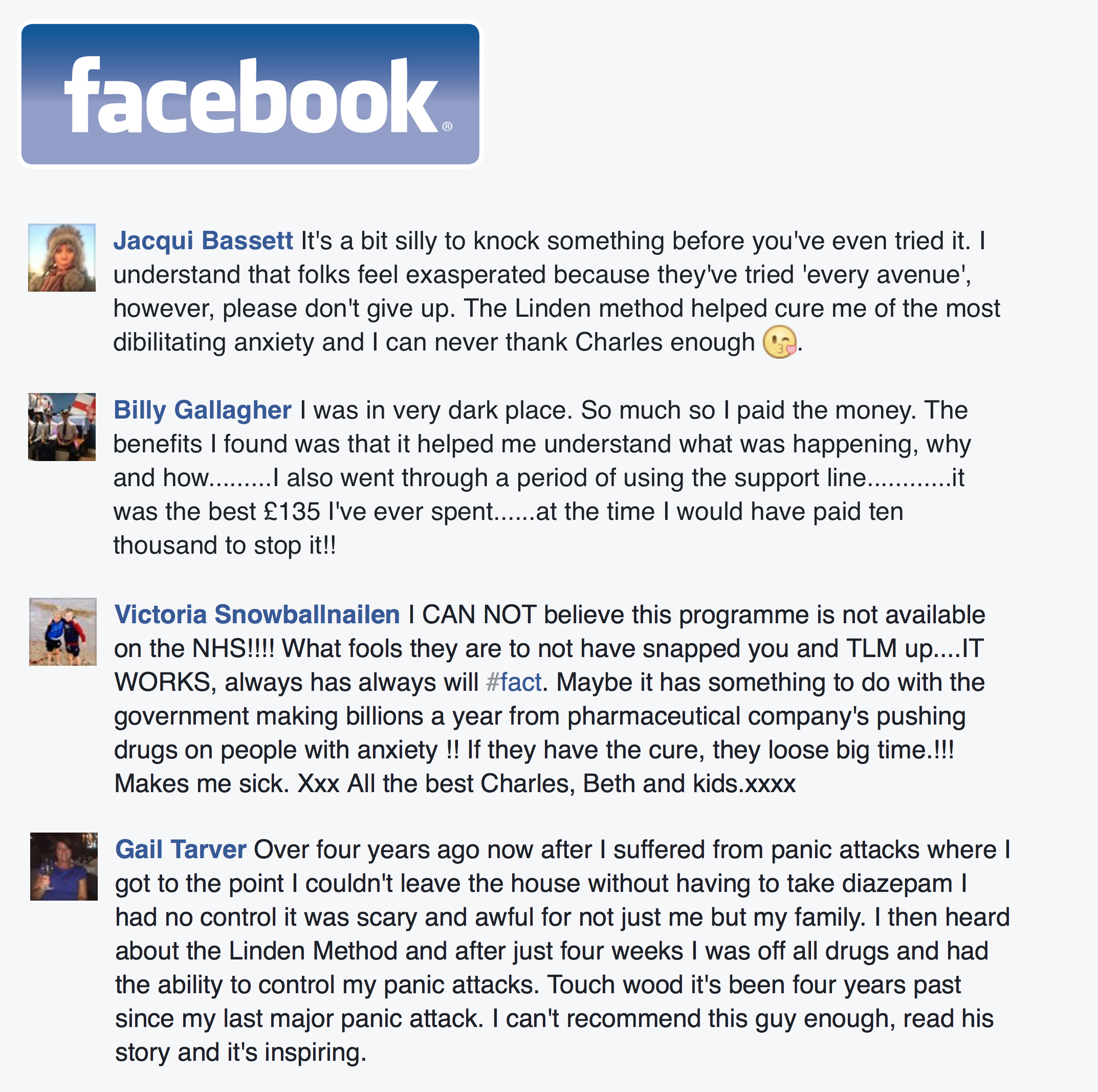 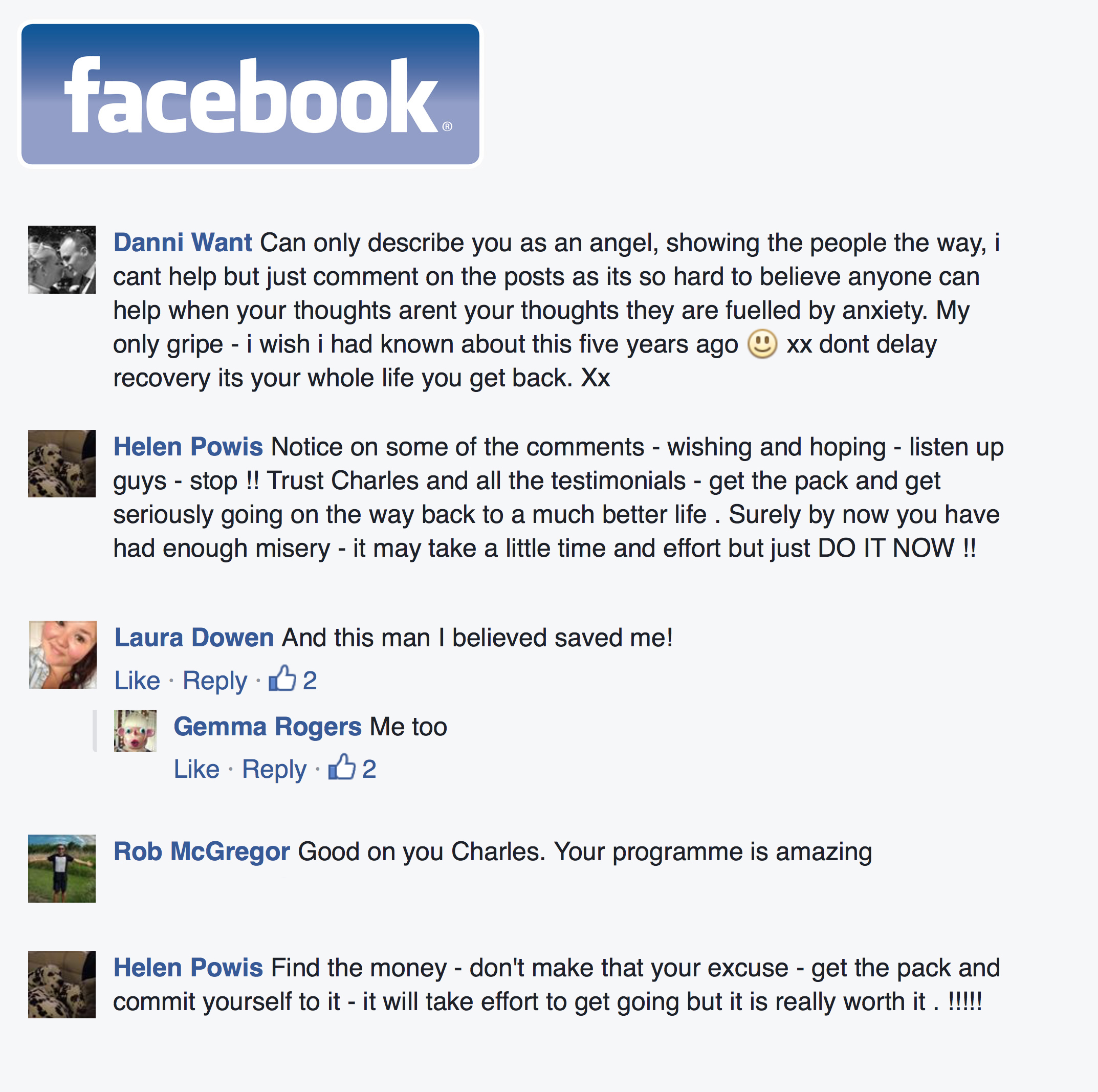 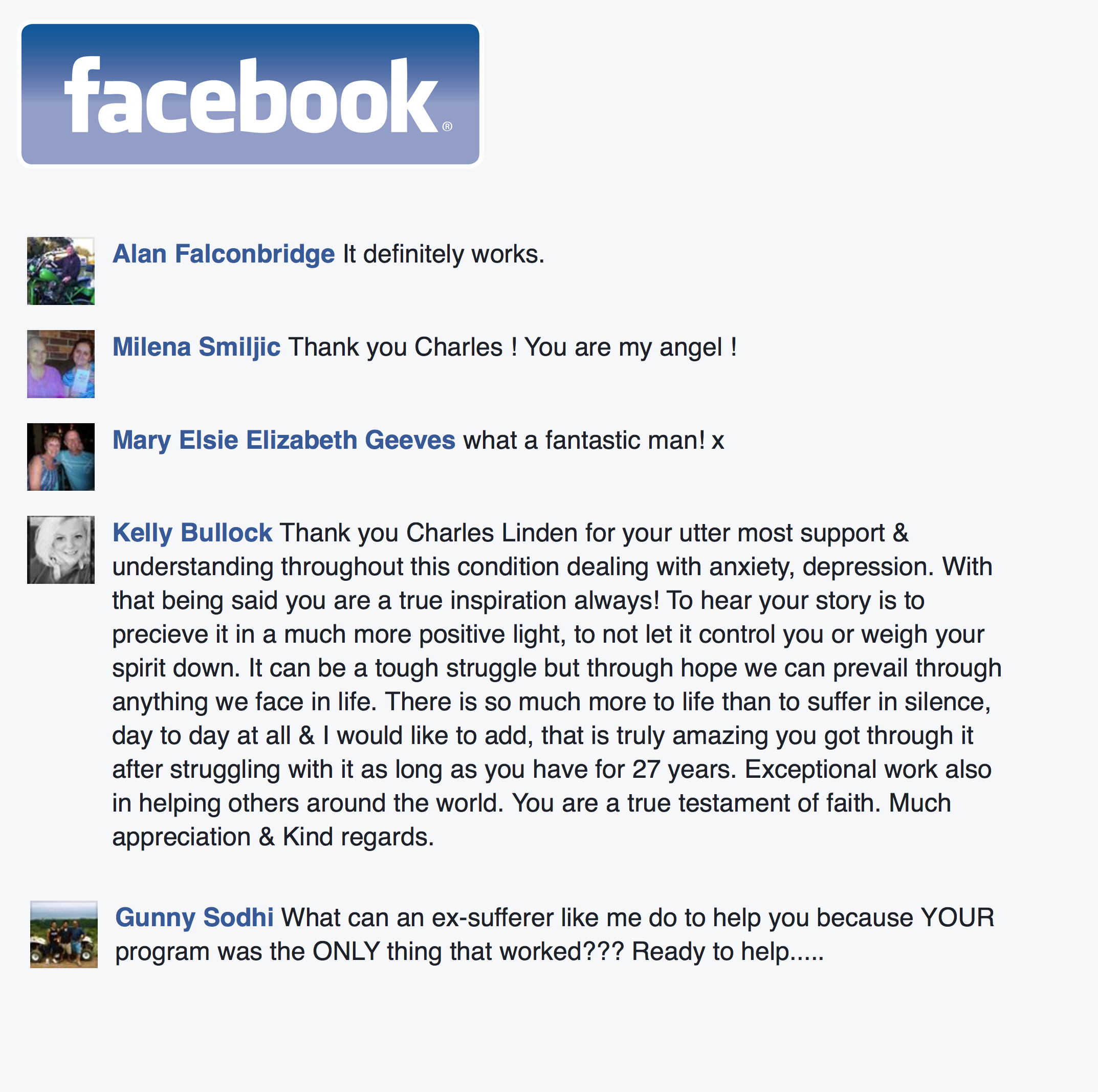 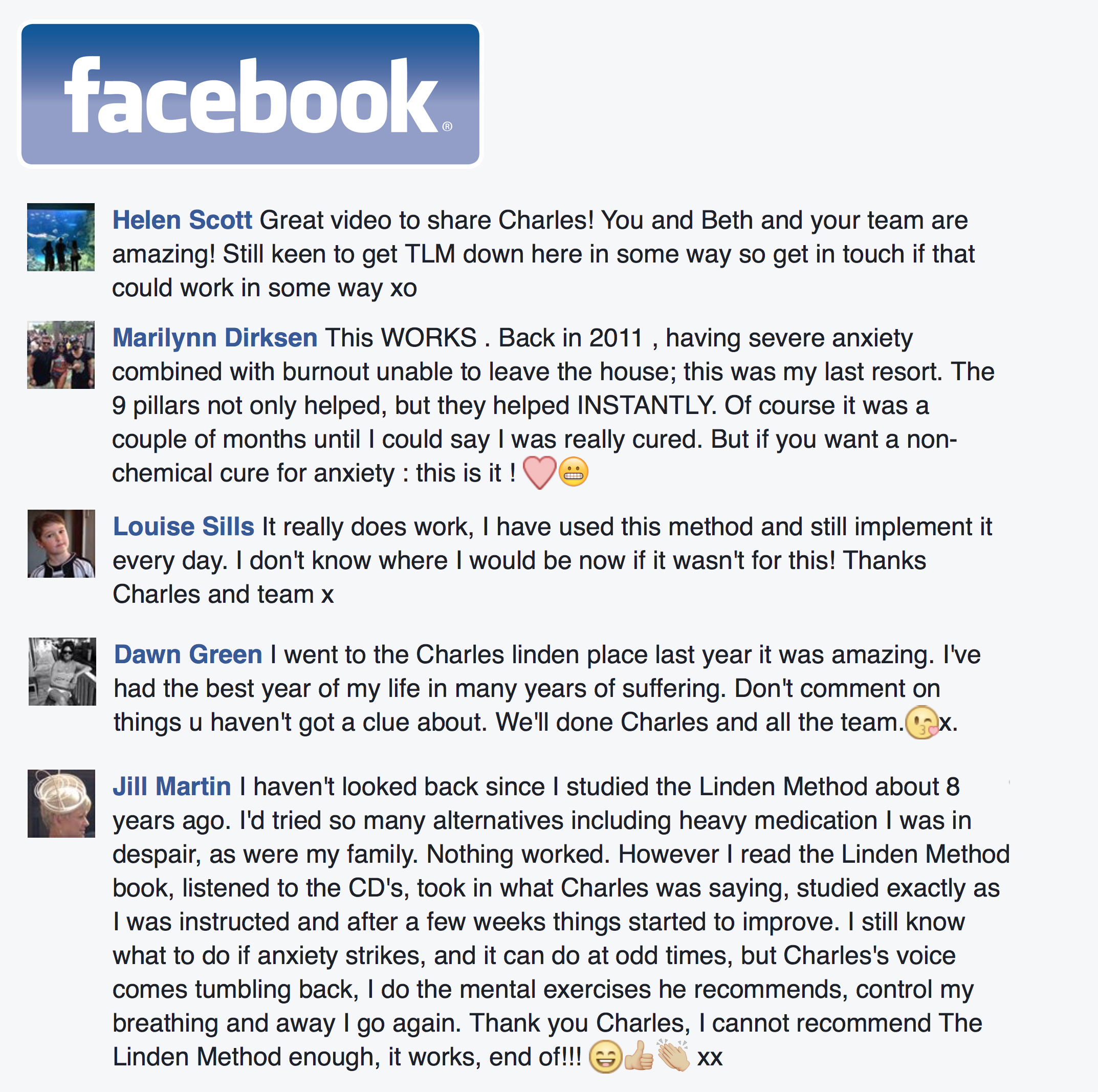 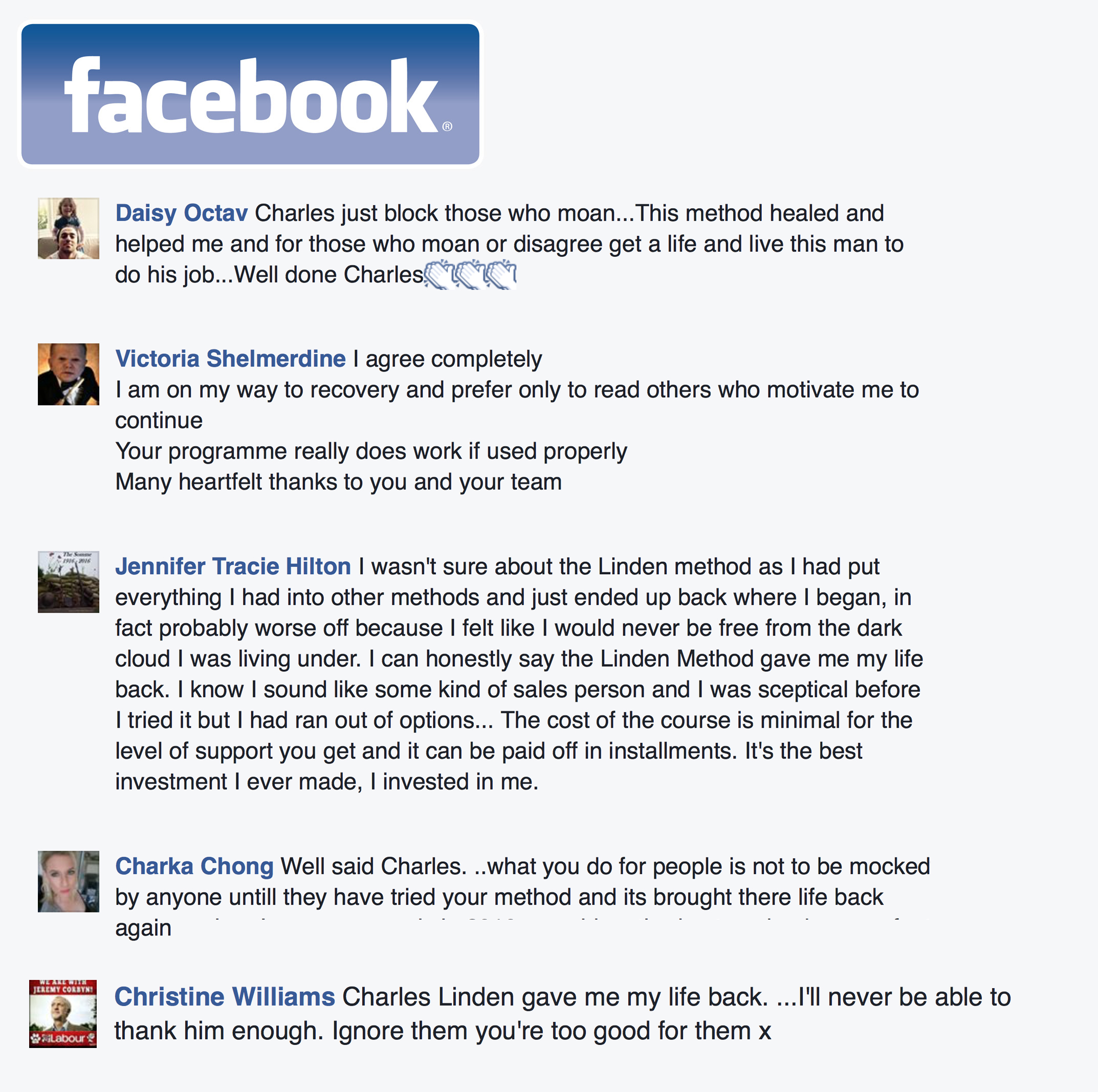 Natalie talks about how she recovered using The Linden Method 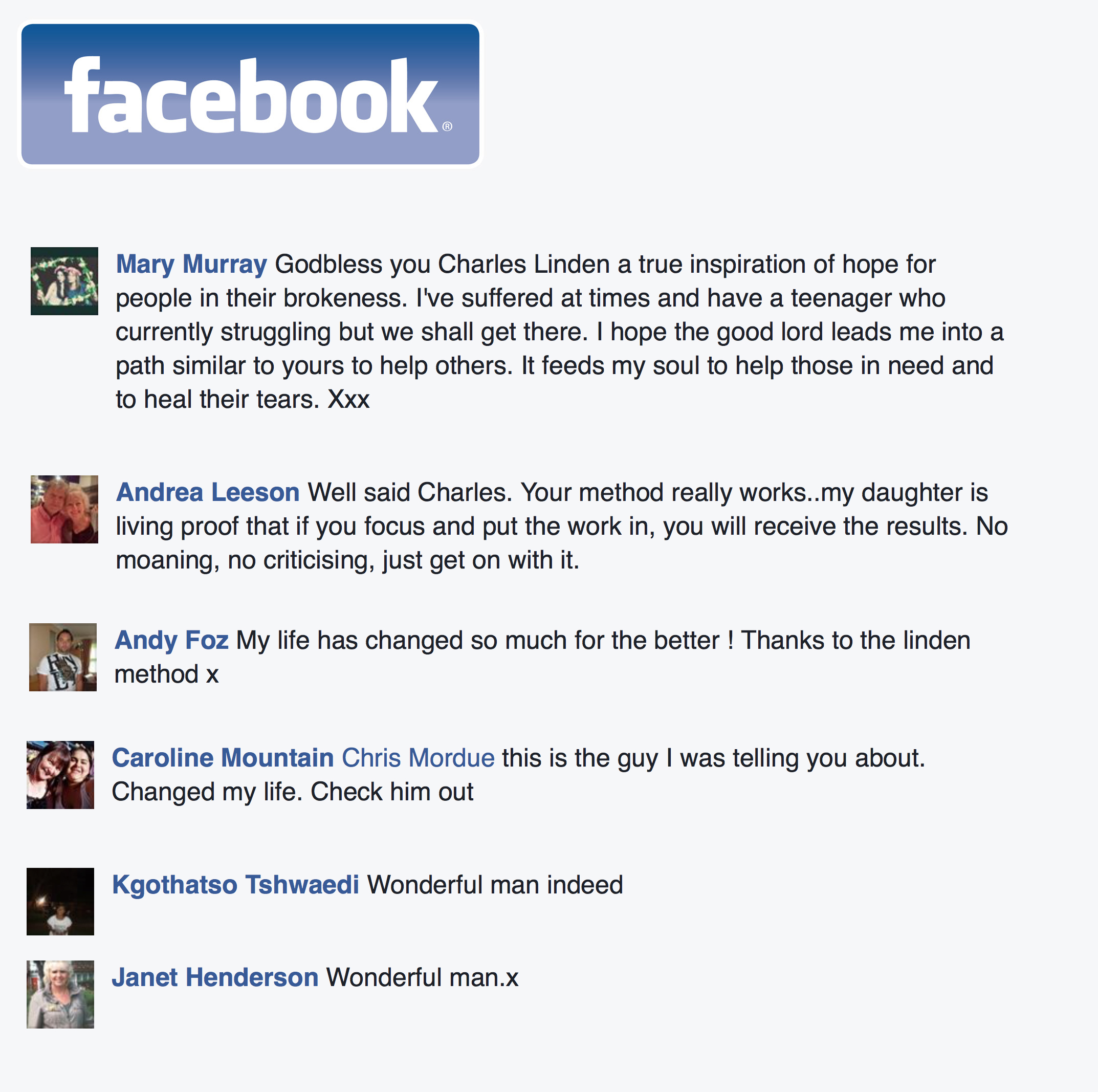 James Clarke on how he recovered using TLM. He is now an award winning presenter for ITV television. 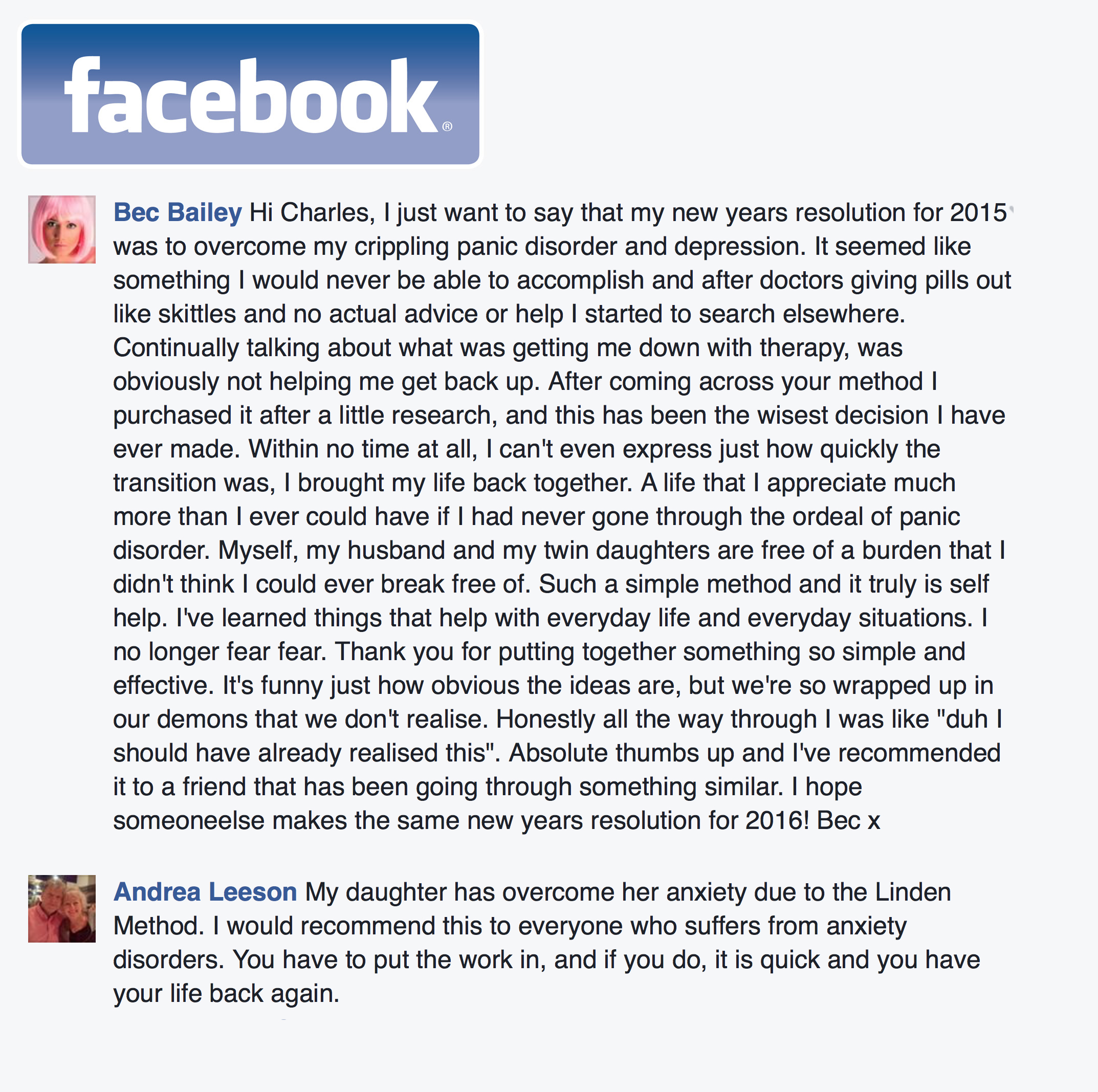 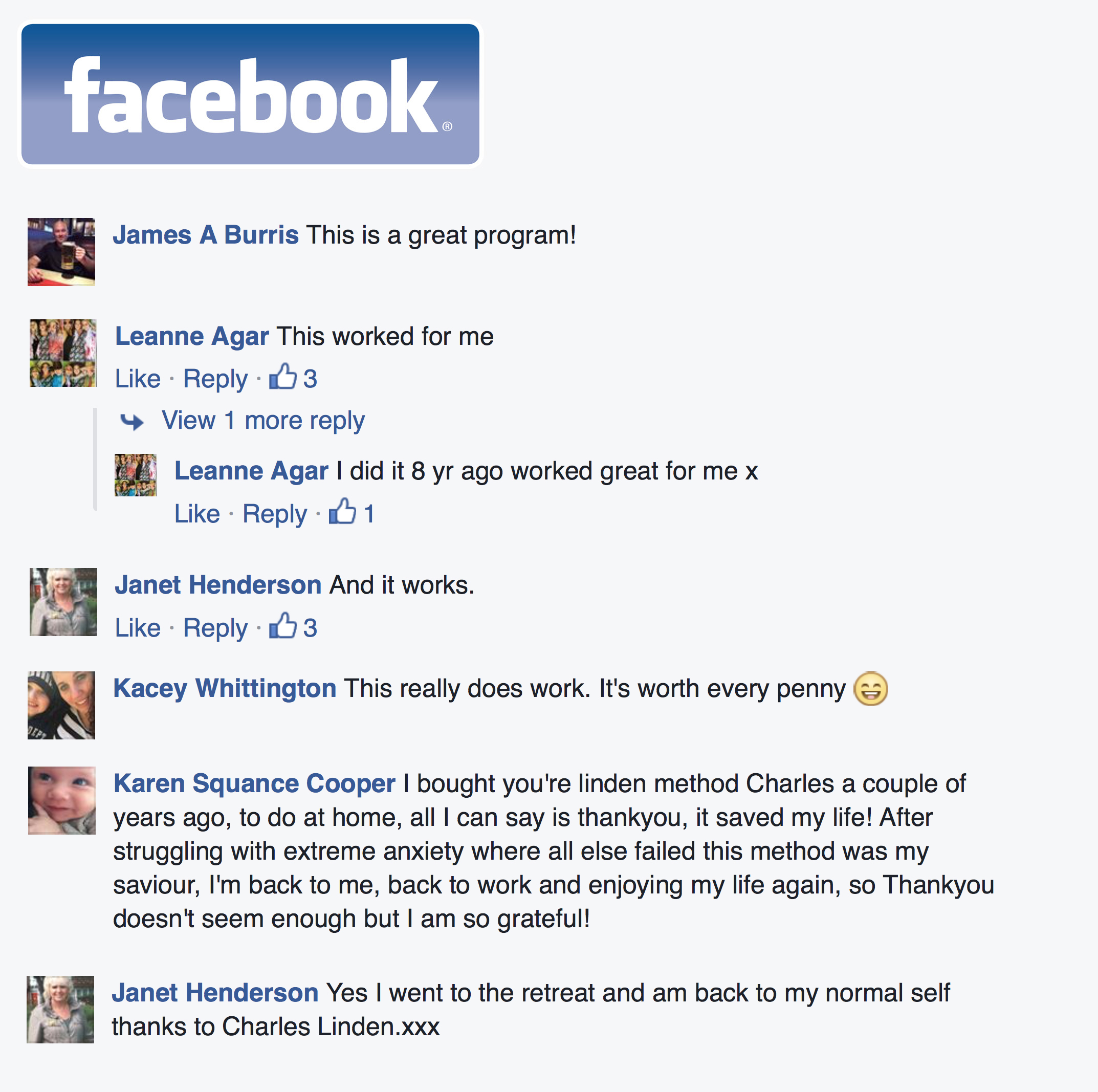 Robin on how TLM cured his anxiety disorders 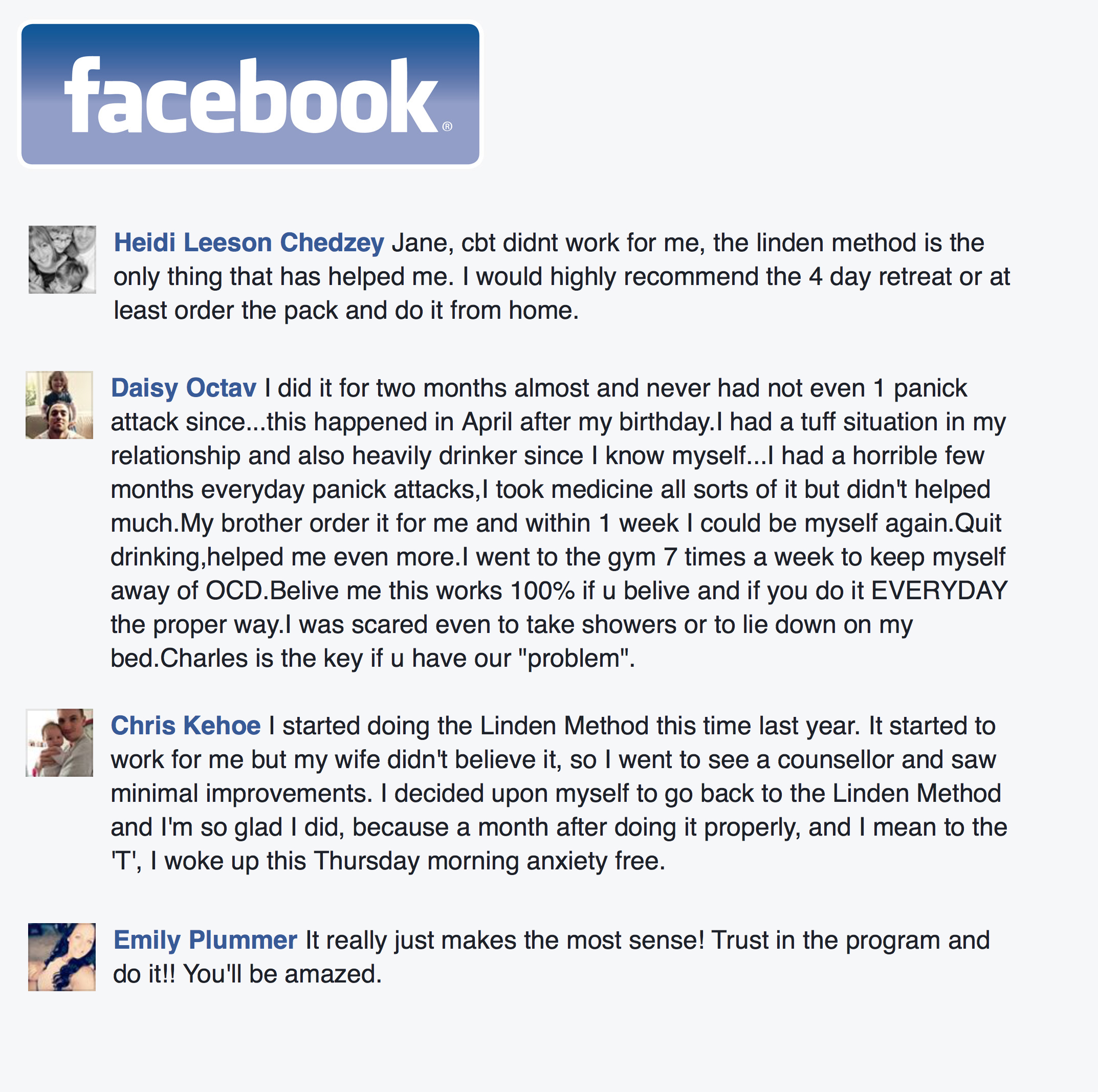 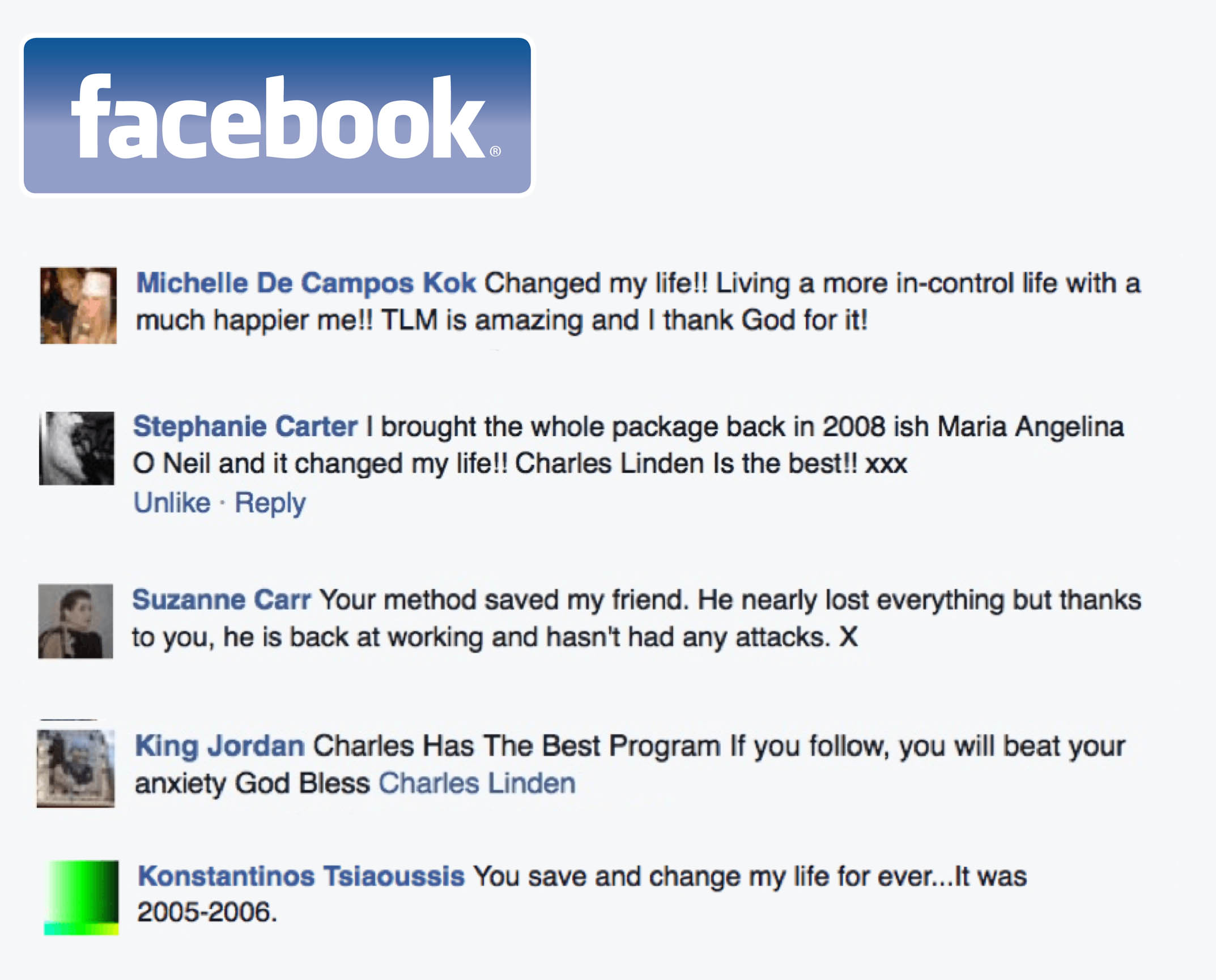 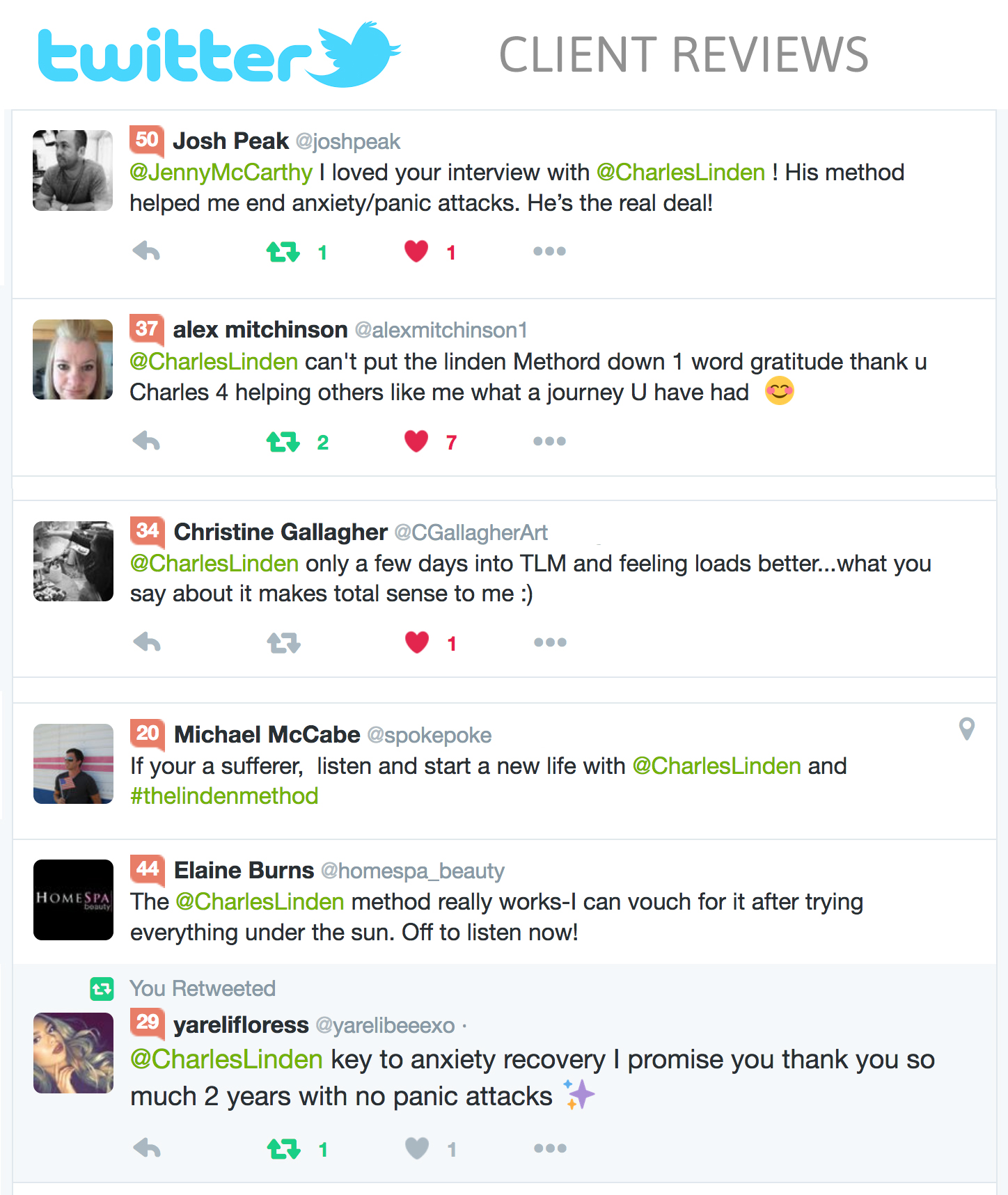 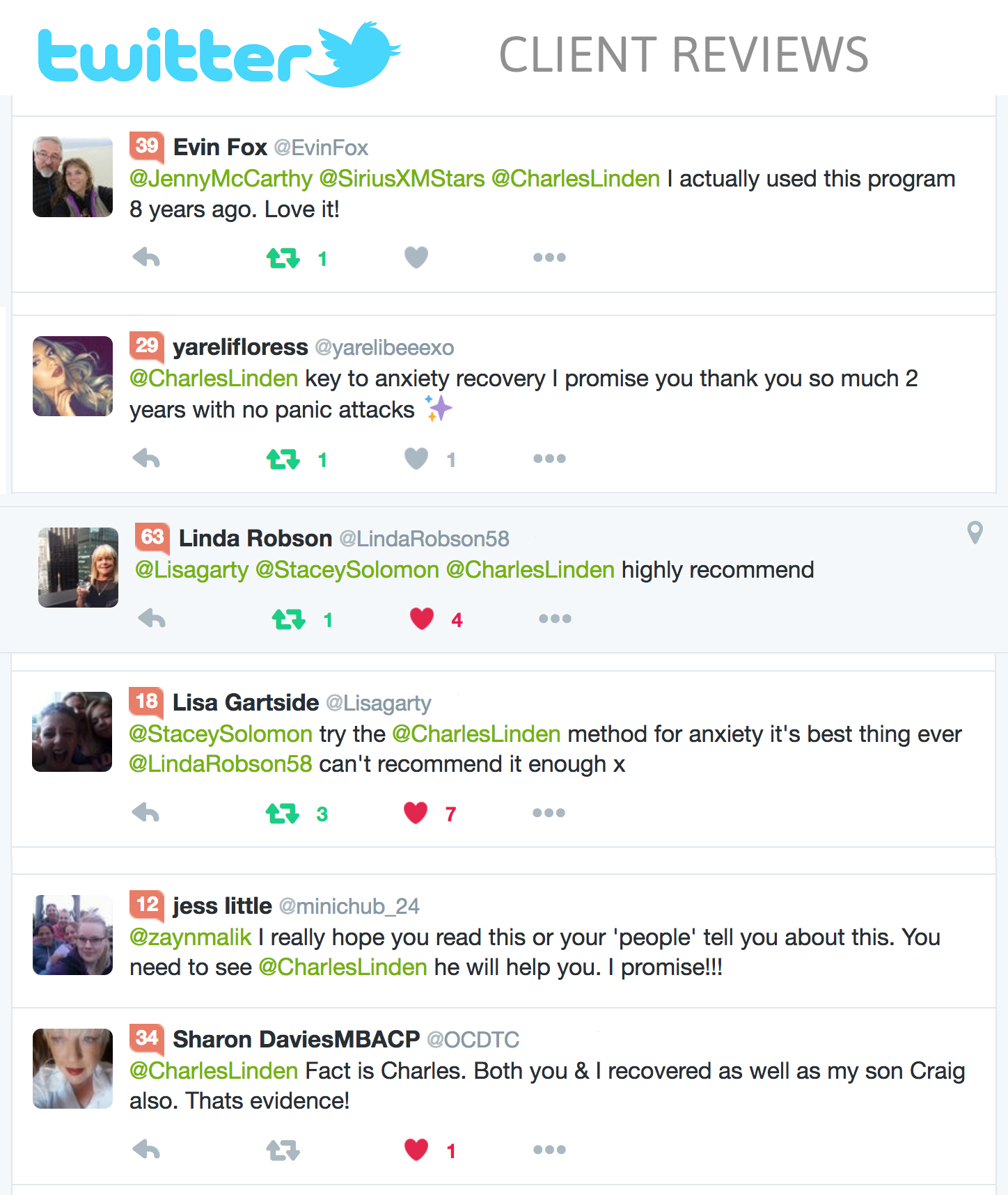 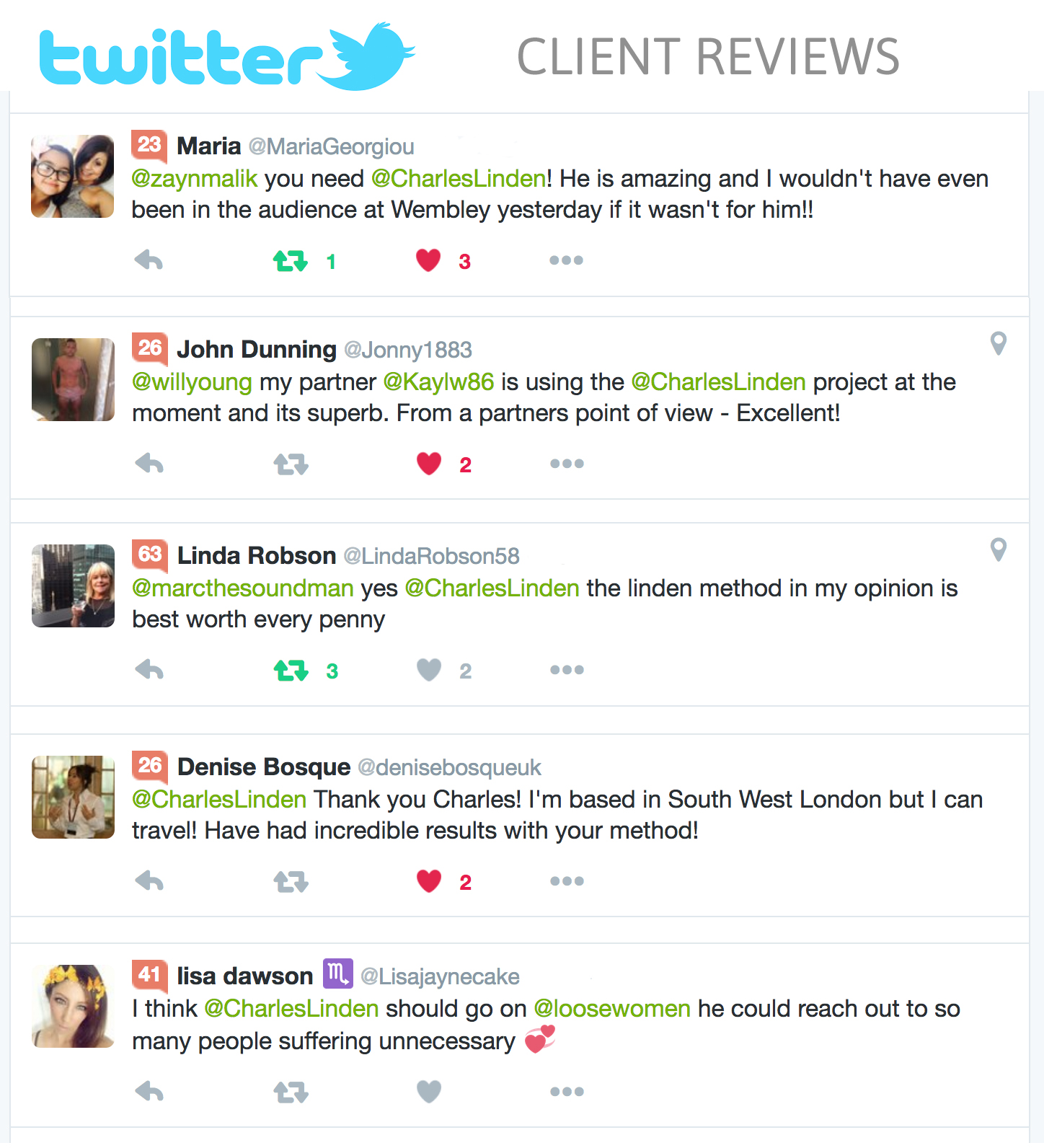 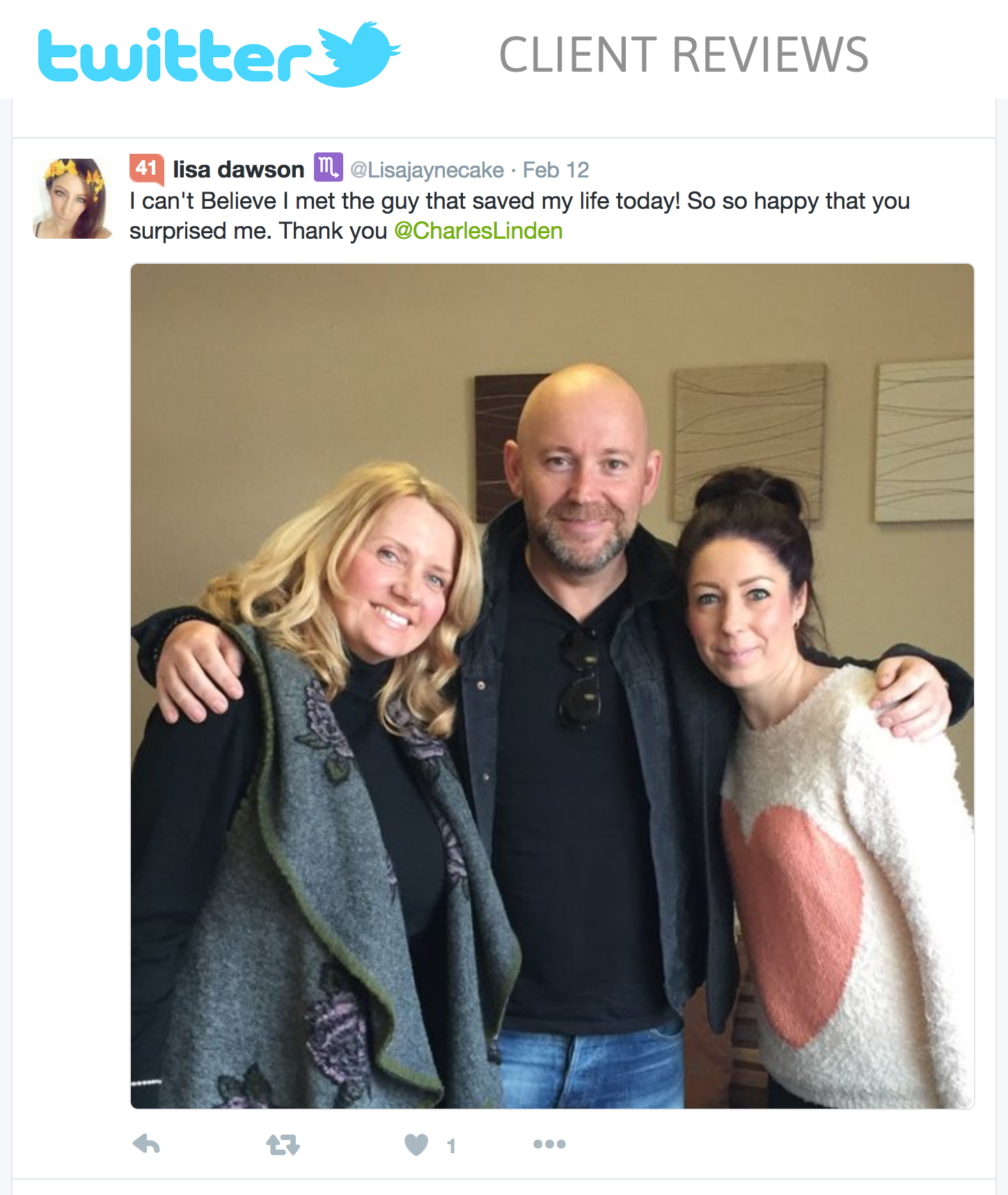 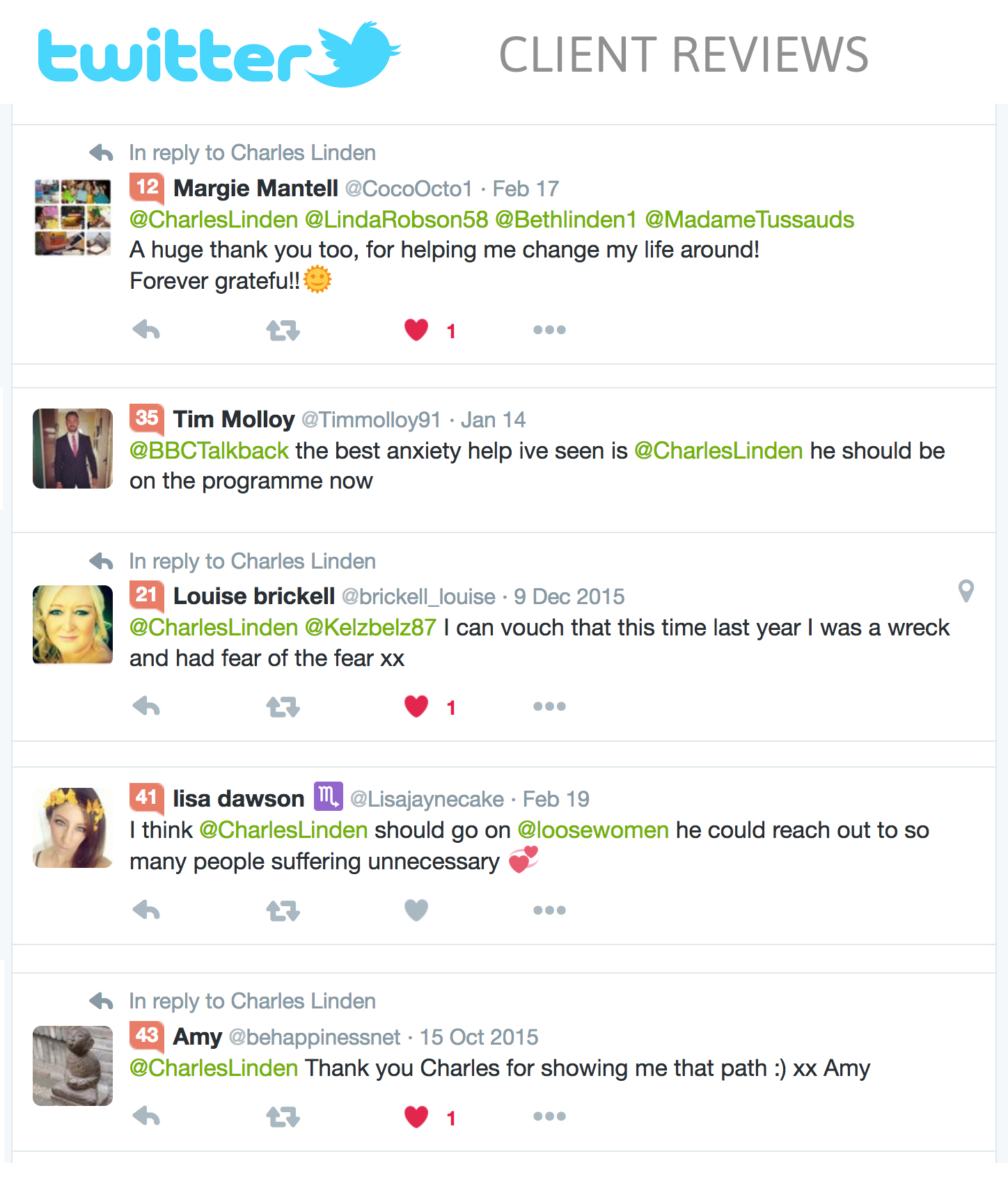 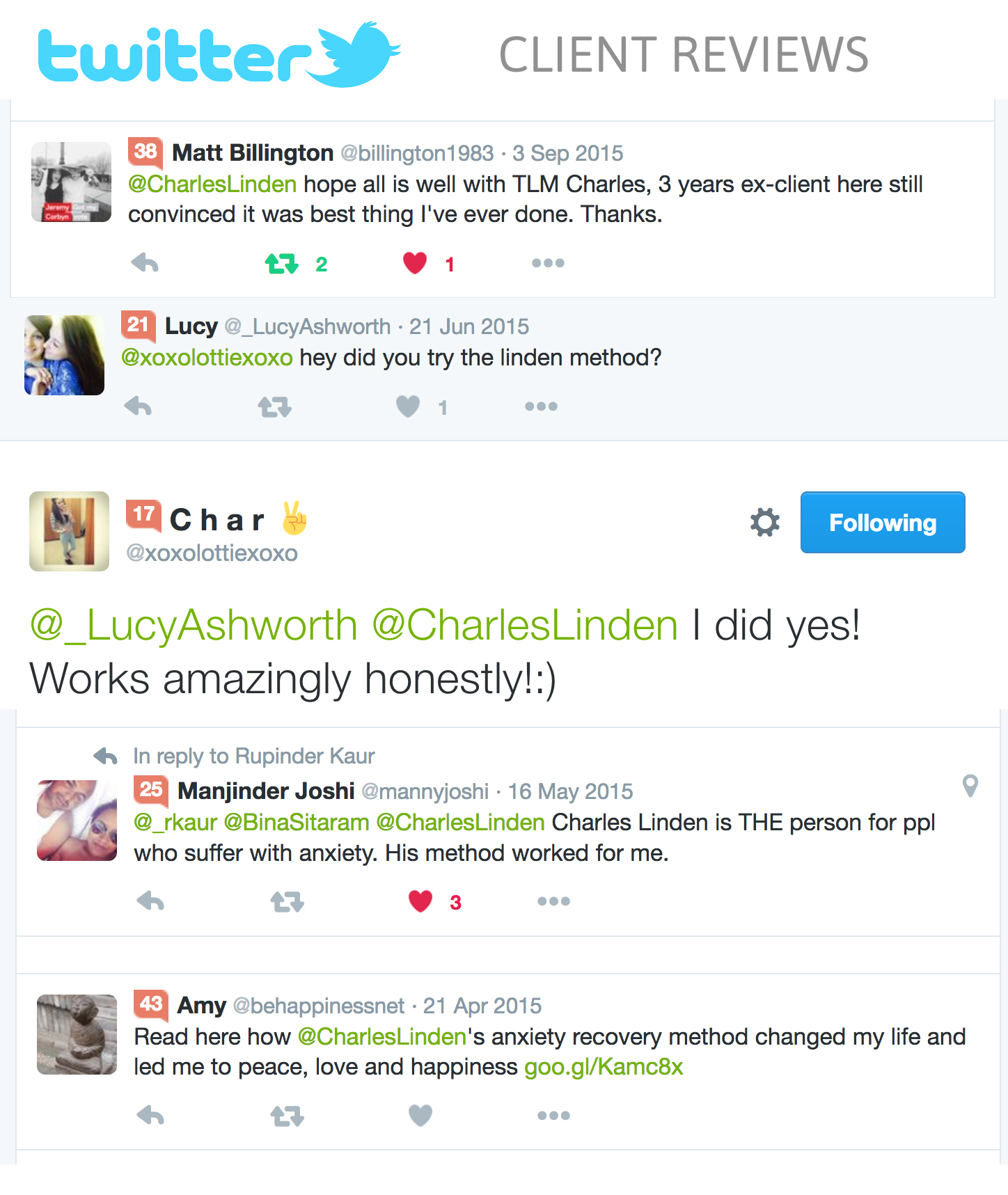 Some of my celebrity clients speak out 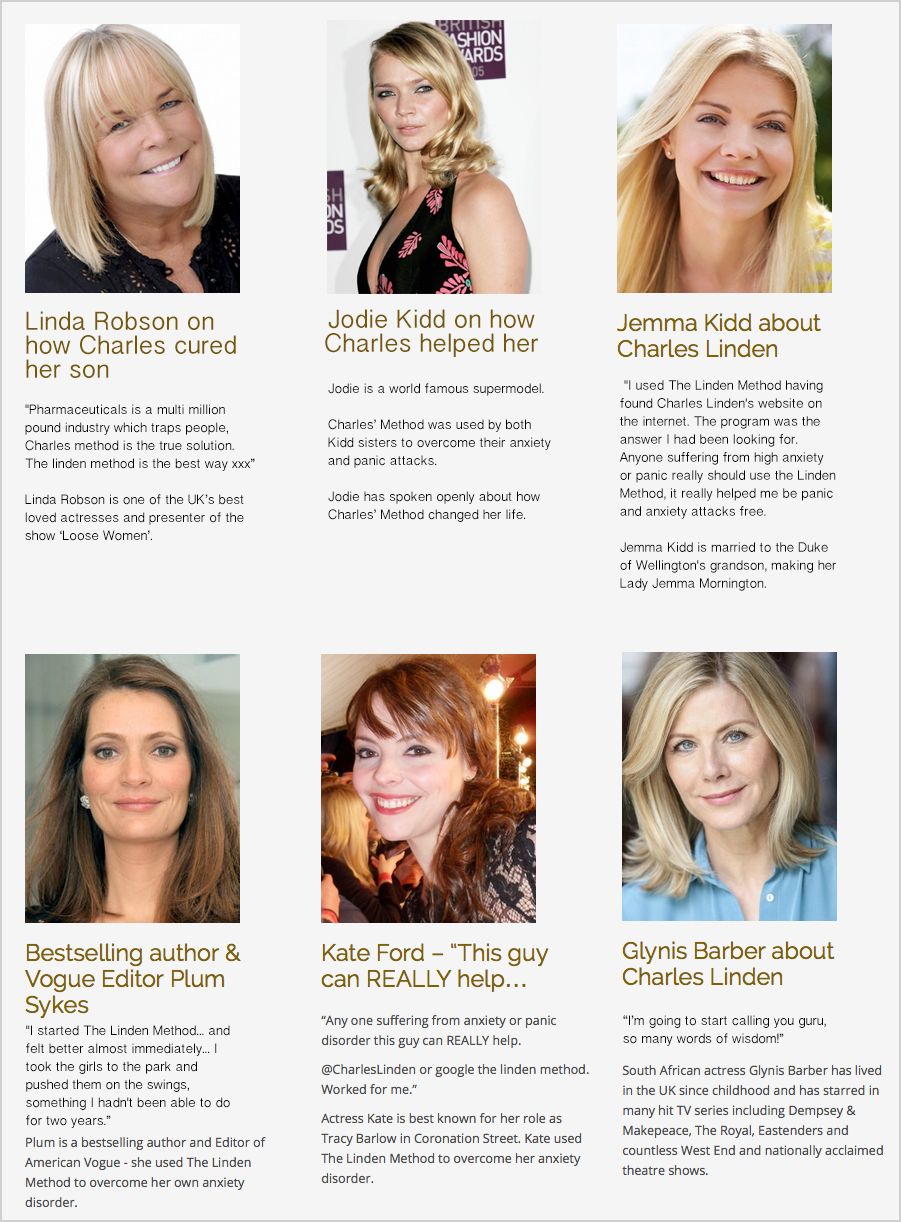